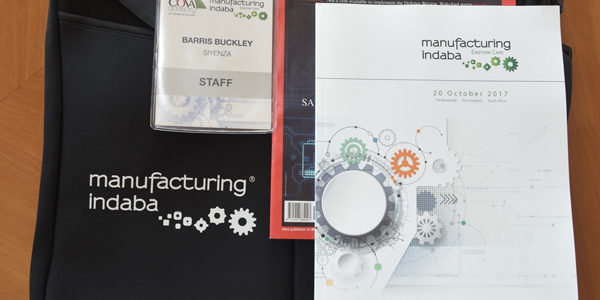 Nwabisa Makunga, the deputy Editor of both the Herald and the Weekend Post will be opening the Conference, followed by the Welcome Address of the Executive Mayor, Councillor Athol Trollip, the Mayor of Nelson Mandela Bay Metropolitan Municipality.

MEC Sakhumzi Somyo for Economic Development & Tourism will also be addressing delegates in the morning, and will undoubtedly have an opportunity to expound on the export-oriented Eastern Cape’s increasingly more modernised economy. The Eastern Cape boasts a seamless geographic location, quality sea and airports and an abundance of natural resources situated within a world-class infrastructure framework.

The Eastern Cape is likewise reflective of the vast potential for growth within existing industries and is poised expectantly towards the formation of new industries. Manufacturing Indaba Eastern Cape intends to bring together provincial manufacturers and businesses to explore growth opportunities, ascertain information regarding the latest manufacturing incentives and trends, and provide a platform for networking and collaboration.

Panel 1 discussion of MIEC 2017 will elucidate on The Best of Eastern Cape Manufacturing.

This panel session will feature industry best practice exemplars, providing delegates with the opportunity to hear from, and question industry leaders on how they are achieving success and the factors that are driving this, despite the challenging economic circumstances facing companies.

The government has many levers that it can use to support industry. One of the measures used across the world is industrial finance – which is a combination of government incentives and availability of finance for industrial firms. South Africa has a robust system of incentives for key manufacturing sectors. In addition, there are financial institutions that are available to finance firms.

In an article entitled, Africa’s manufacturing sector needs renaissance (itwebafrica, 29 September, 2017), the World Bank stated that new technology, which included advanced robotics, industrial automation, and 3D printing, is transforming the landscape of global manufacturing. While emphasising that, there are prevailing challenges, there remain opportunities for developing countries as long as the various governments take appropriate policy actions regarding competitiveness, capabilities, and connectedness.

The WB also stated (itwebafrica, 29 September, 2017) that new technologies and processes will alter established manufacturing processes. Therefore, in order to make the most of each economy’s potential, Gaurav Nayyar, an economist in the World Bank Group’s Trade & Competitiveness Global Practice, stated that it behoves policymakers and private-sector decision-makers to seize new opportunities by re-thinking their manufacturing-led development strategies.

Manufacturing could be a game changer for African Economies
June 20, 2019
SIGN UP TO RECEIVE MORE MANUFACTURING NEWS
RECENT ARTICLES
FROM OUR GALLERY